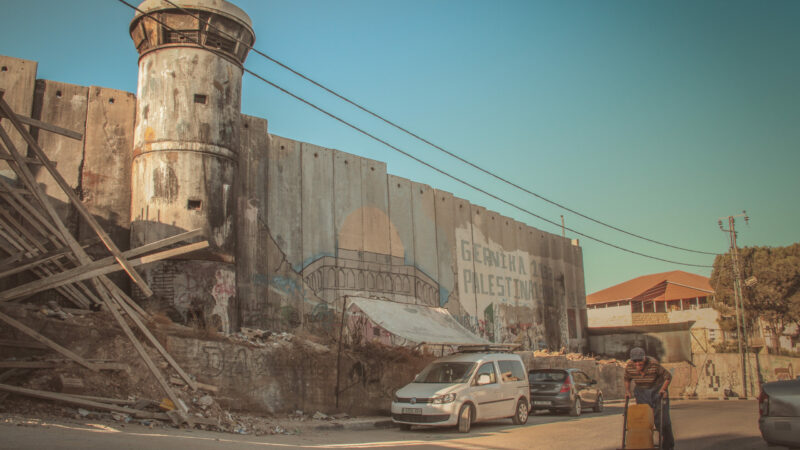 Works Agency for Palestinian Refugees) leased from the government of Jordan, with 1,200 residents. Today the number of refugees has increased to more than 5,500 people in an area less than 0,071 Sq Km.

The Camp is located between the municipalities of Bethlehem, Beit Jala and Jerusalem, in Palestine. It is partially surrounded by the Israeli separation wall, Israeli military base and seven watchtowers and is near Har Homa and Gilo, two large Israeli settlements that are illegal under international law. These factors, along with the constant military presence and the Camp’s proximity to the main checkpoint between Jerusalem and Bethlehem, have made the Camp endure daily threats and collective punishment.

The Israeli Security Forces (ISF) make incursions into Camp often, threatening and terrorizing children and physically hurting residents. They use excessive physical force regularly according to their agenda.

The Aida Camp residents are refugees from 35 different villages and towns. The Israeli

Militias occupied those villages and towns in 1948, which were located between Jerusalem and Hebron. After many massacres, they expelled the people and demolished their houses.

Are you interested in making a donation or volunteering with us? We want to hear from you!